Let me start off by saying, I’m so happy I started this book blog! Before Chick Lit Café came along, I stuck to my usual playlist of authors. Now as authors and publicists are offering review copies, I have more opportunities to sample some super cool books by up-and-coming authors. And I must say, Robert Manni’s  The Guys’ Guy’s Guide to Love is one of the most provocative books I’ve encountered in a while.

The story centers around two hotshot admen, Max Hallyday and his toxic friend Roger Fox. Both of these conventionally handsome single men are struggling to stay afloat in their pressure-cooker jobs, which entail scoring billionaire clients and lucrative ad campaigns. Hungry for power, sex and money – Roger stops at nothing to get ahead – even if it means sneaking around with his best friend’s ex and billionaire client.

When Max finds out about Roger’s dirty deeds, he decides to write a column warning the women of New York City about the seedy underworld of womanizing men. To gather material for his column, Max interrogates Roger about his dirty sexcapades and uncovers some disturbing yet hilarious pieces of “advice.” Here are a couple of snippets from the twisted mind of Roger Fox.

On online dating: “Every king needs a queen and there are thousands of ladies-in-waiting online. Those dating sites are the ultimate distribution system for female talent. Where else can you sit at home scratching your nuts, plinking at your laptop and scoring dates with women? It’s like fishing in well stocked trout ponds in early spring. And it’s always springtime online.”

On being an equal-opportunity man whore: “I like all women, but it helps if they’re stacked…All races, creeds, and colors are welcome in Roger’s world. And if they wax, they get a check-plus.”

OK, so you’re probably asking, “where’s the romance?” Don’t worry ladies, there is indeed a sweet little love story folded in this salacious tale of sex and greed. Max and his ex-girlfriend, Cassidy Goodson, have what I like to call a “Harry Met Sally” relationship, in which they pretend to be platonic buddies while denying their sexual attraction toward one another. Cassidy is your typical girl-next-door type, and her father (Max’s former boss) is a good-natured adman with solid ethics and a heart of gold. I don’t’ want to give anything away, so you’ll just have to read the book to see which path Max chooses to take when he reaches a crossroads in work and in love!

As much as I hate to admit it, of all the complex characters in this book, the one that truly fascinates me is Roger. When he was first introduced, I immediately despised the sexist bastard. My god – this man is like the great white shark of the dating world. Even when he doesn’t crave sex, he’ll bag a babe just out of sheer boredom. So from the get-go, I knew that there was no way in hell this guy could redeem himself. But then again, that’s what I thought about Ebenezer Scrooge before his visit with the ghost of Christmas future. This guy would stop at nothing to get ahead – even if it meant sabotaging his best friend or knocking boots with an emotionally vulnerable client who could make or break his career at a top advertising firm. Oh and don’t even get me started on how he preys upon women in the online dating scene – wow! As with all villains, I knew he would eventually get his just desserts – and I couldn’t’ wait to relish in his pain. But wouldn’t you know, that jerk tugged at my heartstrings the moment his troubles caught up with him.

I’ve always harbored disdain for the Rogers of the world. They’re handsome, they’re slick, they’re over-privileged, and they can make women (stupid ones, I might add) fall to their knees with just a wink and a smile. But after reading this book, I got to thinking…am I wrongfully stereotyping these guys?  Perhaps a lot of those scumbags I see at the bar (typically wearing head-to-toe Ed Hardy) are filling a void in their heart with cheap women and mindless sex. Either way, I’m so freaking glad I’m married!

Overall, Manni did a fine job divulging the mindset of single guys on the prowl. But don’t be fooled, this book  isn’t all about scandalous shenanigans and cutthroat power play. This is also a story about self-discovery, hope and redemption. So if you’re looking for a fun, sexy romp in the city with some substance, check this one out. Fans of Sex in the City and Mad Men are sure to be entertained. Wouldn’t this make a great HBO series?!?  Please tell me there’s going to be a sequel!

The Unlist by Robert Manni

5 SIMPLE QUESTIONS TO FIND OUT IF HE’S ‘THE ONE’

Dating can be like business. You get it. I learned this sitting across the table from a cadre of new dates and being grilled like a king salmon. The endless questions from their “list” were fired in succession to determine if I had potential to become “The One.” In business we call this “qualifying” a sale. In a marketplace where time is money, it’s mission critical to quickly get to the heart of prospects and potential issues.

Like Max Hallyday, the main character in my debut novel, THE GUYS’ GUY’S GUIDE TO LOVE, I will function as your representative “guy’s guy” to help ferret out the truth about men. Here are my questions designed to get you the 411 on a new guy. I call this, my “unlist”.

THE UNLIST- OR FIVE SIMPLE QUESTIONS THAT GET YOU A CLEAR SENSE OF A MAN. (Note, I’m not suggesting that 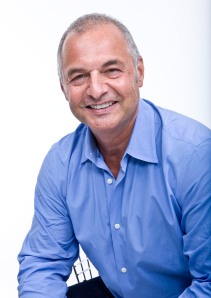 you prosecute the poor guy the moment he sits down. He’s not automatically on trial for stealing goodies and breaking hearts. Take things slow and easy, and listen carefully to his answers, or lack of answers, which will both reveal his DNA):

1-    What does he want to do? This is code for finding out if he’s a man with a plan. Women tend to poke around this area, but usually ask the same qualifiers like if he is working and where. I can still hear the wheels inside their heads calculating my bank potential although it did not necessarily reveal that much about my character. A job may tell you what a man does, and in most cases, if he is not fully employed the evening wraps up fairly quickly. But I suggest that the focus be on determining if the man has a dream. Men with dreams tend to make things happen. Unfortunately, many ladies that I met for the first time only seemed interested in dreams that had come true, not the journey itself. That’s too bad because in this guys’ guy’s opinion, it’s the journey more than the arrival that can reveal a man’s character. Bottom line, if he has a stated goal, check plus. If he doesn’t know, hmmm…you’ll have to poke around a bit more to see if he has any ambition. And if he doesn’t, you may want to move on unless he smiles like Clooney and has a Swiss bank account and a house in Mustique.

2-    So, what’s his plan? Dreams make a great start, but in this conscious world, you need a plan for grabbing that prize. When I decided I wanted to – make that – had to write novels, I kept my day job and gave myself ten years to hone my craft and get published. Fortunately, I’m right on schedule, but this was a real test of my character and it would have been easy to fold and place the manuscript in the drawer. But that’s who I am.  But many women I met while I struggled to land a literary agent checked their phones and said goodnight once they found out where I was in the process of making my dream come true. That’s okay because that also let me know who they were. And I did have a plan and I was not only willing to discuss it, I looked forward to it because it was my passion.  Yay, me.

3-    What’s his timing? With time our most valuable commodity, it is critical to set guideposts for reaching milestones on the journey forward. I know writers who have been working on their manuscripts for 15 years. They may be on to something special, but as the pages pile up, the days of our lives are crossed off of the calendar. I am a grinder and grinders set goals and find the time to grind. If you write five pages a day, you can complete a three hundred-page draft in two months. Not easy, but with discipline writers learn to become prolific. The point is that you probably want a man who is realistic about getting things done. That way he has lots of time for you.

4-    What have been his greatest challenges and victories? This will give you a real sense of character and what’s important to him. If he has not been tested, that may be a red flag. He may be soft. Or he may be filthy rich. And his greatest victories may tell you what makes him tick. Was winning the fifty-yard dash in third grade really that important or was it the time he rescued the puppy from the burning home or raised all of that money for charity when he competed in a triathlon? You get the idea.

5-    Ask him what’s next? This will let you know if he is for real. We live in the now so you need to make sure he’s engaged in his life and not meandering or waiting to find out if the Giants make the playoffs before he decides his next move. You probably want a guy who is fun, but determined. He’s called a guy’s guy and there’s one out there just for you if you know how to qualify your prospect.

ARE YOU PREPARED TO ASK THE RIGHT QUESTIONS THAT WILL GET YOU  THE MAN YOU WANT?

About the author: Robert Manni is President of advertising agency Agent16 in midtown Manhattan. For the past two decades he has watched, played and succeeded in Madison Avenue’s relentlessly changing game. A true devotee of New York City, Robert is inspired by and remains in awe of its people, energy, attitude, and romantic backdrop. He is a world traveler, Reiki Master and teacher, certified advanced clinical Master Hypnotist, graduate of the Jose Silva Method/Life System, NYC Marathoner, and a bona fide ‘Guy’s Guy’ who somehow survived twenty years of single life in the big city.